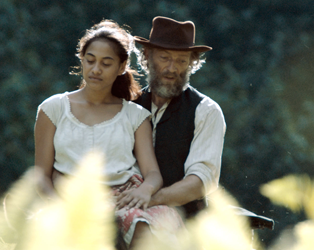 An atmospheric tale of adventure and the mysteries of creation, the film is inspired by Noa Noa, Gauguin’s illustrated travelogue created during his first visit to Tahiti (1891-93). ‘There’s no face or landscape worth painting here,’ remarks Gauguin (Vincent Cassel) of Paris, as he embarks on an epic journey to French Polynesia. Yet it is Cassel’s face that offers such a compelling and intriguing portrait of Gauguin, a man passionately committed to painting, confronting the unspoilt nature which inspires, but at the same time, devours him. (Notes by Marie-Pierre Richard)

Director’s Note: A richly pictorial account of Gauguin inspired by the vivid imagery of the artist’s travel journals.