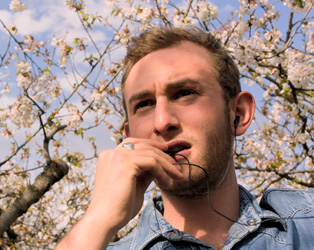 Muriel (Catherine Deneuve) is overjoyed that her grandson Alex (Kasey Mottet Klein) will stay on her farm and riding school in the Pyrenees for a few days before he travels to Canada. Concerned by his curious behaviour, she discovers that he has been lying to her; Alex and his girlfriend Lila (Oulaya Amamra), who helps Muriel on the farm, have taken up the cause of Islamic fundamentalism, and are preparing to go to Syria to become jihadis. Distraught, Muriel must act, and she enlists the help of reformed jihadi, Fouad (Kamel Labroudi), to reason with Alex. DOM