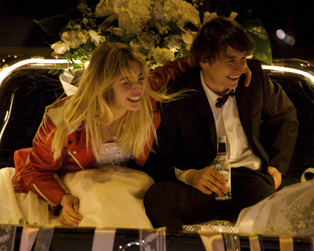 Based on a collection of short stories by American writer Richard Bausch, this ambitious film vibrantly depicts the interweaving fates of three troubled families, reflecting on the mutability of relationships and shifting power dynamics between parents and their adult children. At its centre is the wrenching story of newlyweds Joséphine and Tomasz, and the domestic violence that lurks beneath. Poignant, challenging and filled with tension, the film is visually thrilling, with arresting cinematography and a cast that gives conviction to its sophisticated patchwork of human frailty, bringing light to the darkness.

Director’s Note: Bourdos examines each character with great empathy while revealing the infinite variation of suffering they can inflict.