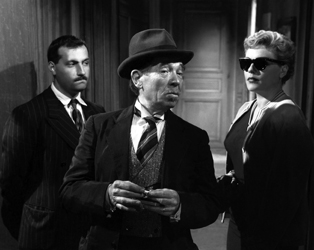 Based on the novel by Boileau and Narcejac (She Who Was No More) this is Clouzot’s most famous, most enduring film. Set in a boarding school for boys, a sadistic headmaster (Paul Meurisse) is abusive to his wife Nicole (Véra Clouzot) who has a heart condition; and to his latest mistress, icy teacher Nicole (Simone Signoret) who both work at the school. They bond and plot to kill him. But after his murder, his body mysteriously disappears… This is a heart-stopping, feverish thriller-horror in which Clouzot manipulates the audience with visual mastery.

This screening will be introduced by Tara Brady, film critic for The Irish Times.