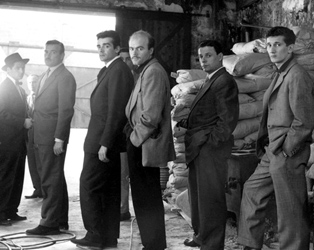 Melville’s most memorable character, Bob Montagné, with his silver-hair, trench-coat and Bogartesque style, is an aging thief-turned-gambler who sets out to bring off one last coup, a heist on the Deauville casino. Inspired in part by John Huston’s The Asphalt Jungle, it reflects Melville’s love for Hollywood gangster movies, with the themes of friendship, loyalty, betrayal and solitude recurring in much of his work.