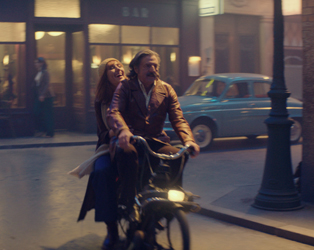 Victor (Daniel Auteuil), a disillusioned sexagenarian, watches helplessly as his marriage falls apart. When Antoine (Guillaume Canet), a rising entrepreneur and family friend offers him the chance to use a new service that will allow him to get transported back to any era of his choice, he opts to return to his first meeting with his wife (Fanny Ardant). This witty look at enduring love and memory as it is transformed over the course of a lifetime is served brilliantly by the fascinating and poignant turns of icons of French cinema, Ardant and Auteuil. MPR