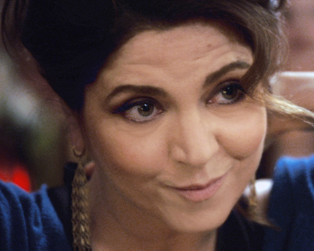 The 18.30 screening on Friday, November 17th will be followed by a Q&A with actress Agnès Jaoui hosted by Orla Barry from Newstalk.

Aurora (Agnès Jaoui), middle-aged and separated, has lost her job and is living with her two twenty-something daughters, Lucie and Marina. When Marina tells her she is pregnant, both break down in tears – Marina because she is pregnant, Aurora as she is facing menopause and is about to become a grandmother. A chance meeting however with the love of her youth, Totoche, turns her life around. Revitalised, she discovers the solidarity of other women and that her innermost concerns are indeed universal. A comedy filled with hope, quick-witted dialogue, and funny and moving situations.