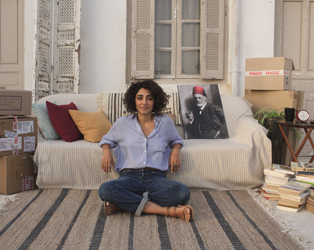 Due to circumstances beyond our control, we regret that director Manele Labidi Labbé will no longer attend the screening of Arab Blues.

Having lived many years in Paris, Selma (Golshifteh Farahani, About Elly, Paterson) returns to Tunisia to open a psychotherapy practice – a profession in its infancy in the country – based in a rundown rooftop apartment in her aunt and uncle’s building. Business booms… much to the surprise of the family who can’t understand why she left Paris. While reflecting a troubled modern-day Tunisia in the wake of the 2011 revolution, Selma is always dazzling and good-humoured, whether faced with a client, or the intimidating portrait of Freud that hangs upon her wall. MPR