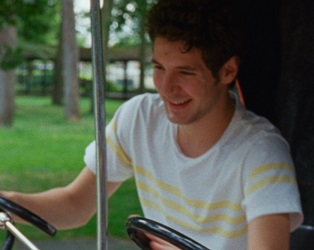 A Parisian in his early twenties, David (a fantastic Vincent Lacoste) sees his life brutally turned upside down with the sudden tragic death of his sister. In shock and in pain, David must grow up quickly and take responsibility for his young niece Amanda (newcomer Isaure Multrier). Beautifully composed shots capture the fragility and violence of the world we live in, while touching moments show us the growing solidarity of two characters fighting to overcome an ordeal together. MPR

Director’s Note: Confined to the streets of contemporary Paris, post-November 2015 attacks, Amanda is as much a story of place as the story of the characters.