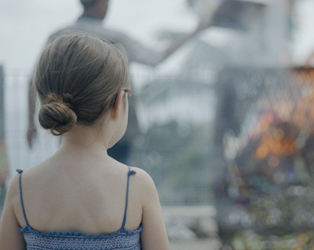 Island of the Hungry Ghosts is a feature length documentary film directed by Gabrielle Brady set on the remote Christmas Island. Poh Lin is a trauma counsellor living on the remote Christmas Island with her young family. She works with people trying to seek asylum to Australia who have been detained in a high security detention facility, deep within the island’s jungle. The island is one of the last discovered places on earth, with humans having migrated to its shores less than a century ago.

The screening will be followed by a Q&A with director Gabrielle Brady and executive producer Sarah Perks.