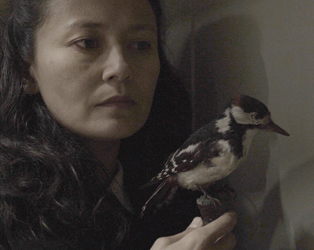 The screening will be followed by Q&A with director Áine Stapleton and Dr Ciara O Shea, Clinical Psychologist, hosted by Tiina Ylönen.

Horrible Creature is the second in a proposed trilogy of films directed by Áine Stapleton (dance and film artist) and is filmed at locations in Switzerland where Lucia spent time. The first, Medicated Milk, challenged the accepted biography of Lucia’s life and considered the complexity of mental instability.