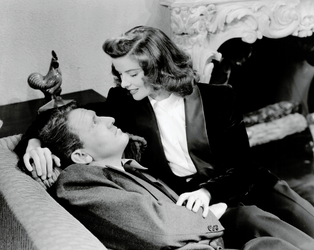 Katharine Hepburn’s remarkable series of collaborations with Spencer Tracy – nine films in all – reached an early peak with the irresistibly charming Woman of the Year, which introduced their enduring opposites-attract dynamic to winning effect. Hepburn, in a role tailor-made to her unique persona, plays Tess Harding, a progressively-minded, highly educated, and well-travelled political columnist. Sam Craig (Spencer Tracy) is a sports writer with very traditional values, and the only thing the two have in common is that they both work for the (fictional) New York Chronicle. Mutual antipathy becomes mutual attraction before Tess is named America’s Outstanding Woman of the Year, upending the balance of their relationship.