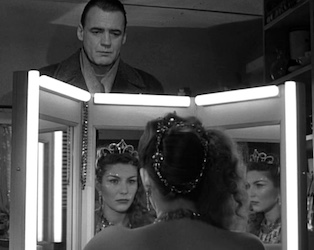 Wim Wenders’s beautiful, lyrical fantasy, one of the director’s most celebrated films, receives a welcome re-release in a new digital restoration. In divided Berlin, angels Damiel (Bruno Ganz) and Cassiel (Otto Sander) observe the city and its inhabitants as they have done since time immemorial without ever making themselves known or exerting influence on people or events. As Damiel finds himself drawn to lonely trapeze artist Marion (Solveig Donmartin), his status as an immortal outsider seems to pall by comparison to the bright, brief flame of mortal human existence. With a screenplay co-written by future Nobel laureate Peter Handke, Wings Of Desire is so densely packed with symbolism and allusion as to reward repeat viewings, and on a more prosaic level, is also a fascinating portrait of a Berlin that no longer exists, inhabited by artists such as Nick Cave, who makes an appearance.