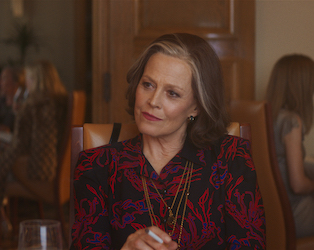 Step into 1990s literary New York with this refreshing and funny ‘new girl in the Big City’ drama. Originally titled, ‘My Salinger Year’, it is an adaptation of an original memoir by Joanna Rakoff, who took her first job at the literary agency that represented the reclusive writer, J.D. Salinger. Sigourney Weaver is the charismatic boss, recalling something of Meryl Streep in The Devil Wears Prada, but making the role of the successful, imperious literary agent convincingly her own. Joanna doesn’t know her luck as she lands into martini book launch circles, with the principle task of intercepting the deluge of fan mail directed at the famed author of The Catcher in the Rye.