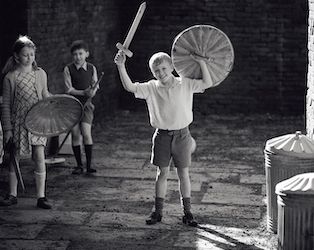 With Irish eyes on this year’s Oscars for Kenneth Branagh’s love letter to his native Belfast we are delighted to screen this multi-nominated film for Wild Strawberries. Sterling performances from Ciaran Hinds and Judi Dench as grandparents to young Buddy, whose childhood days of street games adventures and family get violently interrupted by the encroaching conflict, pitting neighbour against neighbour. Shot in stunning black and white, with an evocative Van Morrison soundtrack, Branagh offers a city recalled from memory, while setting a scene for broader understanding of the place that he and his family left.