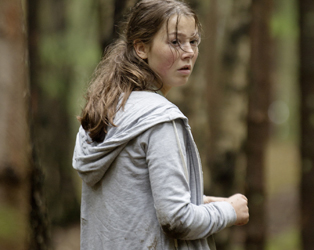 This film was released 26th October 2018, and is no longer screening.

With great integrity and sensitivity, director Erik Poppe tackles the harrowing events of July 22nd, 2011, where 69 people, mostly teenagers, were slaughtered on the Norwegian island of Utøya. Poppe’s approach is to focus on the victims, allowing almost no screen time for mass murderer Anders Behring Breivik.

The characters depicted are fictitious, though the script is based on survivor’s testimonies. Aside from an establishing sequence portraying the initial car bomb in Oslo, which killed eight people, the film is composed of a single 72-minute take, a real-time recreation of the events, the focus fixed on the experience of one girl, Kaja (Andrea Berntzen), as she attempts to stay alive amid the carnage.

An astonishing technical achievement, the film stands as a deeply moving tribute to the victims.