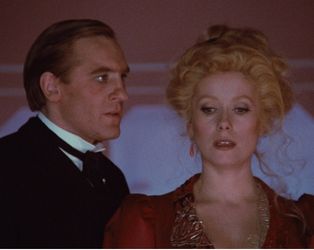 In Nazi-occupied Paris, Jewish theatre owner Lucas Steiner (Heinz Bennent) goes into hiding in the cellar, ceding control to his wife, Marion (Catherine Deneuve). Against a backdrop of dread, distrust, and suspicion, Marion mounts a new play, which Lucas will covertly direct, giving a break to upstart actor Bernard Granger (Gérard Depardieu) by casting him in the lead. Depardieu and Deneuve give mesmerising performances in a distinctively Truffautian character study framed against the backdrop of fascist tyranny. The Last Metro is an enthralling exploration of the power of art and resilience in the face of oppression.