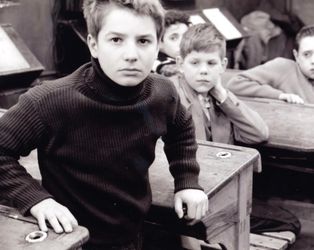 The most autobiographical of Truffaut’s films, The 400 Blows follows a few months in the life of 12-year-old Antoine Doinel (Jean-Pierre Léaud) who, misunderstood and mistreated by his neglectful parents and repressive schoolteachers, seeks refuge in truancy, petty crime, and the cinema. Antoine’s rebellion against rigid social norms, breaking out from the confinement of stifling classrooms or his parents’ cramped flat, is exhilaratingly captured in Henri Decaë’s lyrical location shooting on the streets of Paris. Doinel is a recurring character for Truffaut, appearing in three further films and one short, all of which are presented in this season.