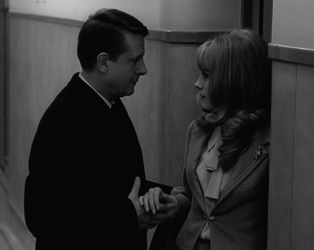 One of Truffaut’s subtlest and most richly rewarding films, this account of an extra-marital affair displays the influence of two of the director’s idols: Renoir and Hitchcock. The former’s compassionate understanding of human motivation is reflected in the astute psychological and emotional insights into the at times perverse actions of lecturer Pierre (Jean Desailly), his volatile wife Franca (Nelly Benedetti), and Nicole (Francoise Dorléac), the air-stewardess he first encounters on a trip to Lisbon, while the taut editing, the escalating unease, and the precision of the direction, reveal just how much Truffaut had learned from ‘the master of suspense’.