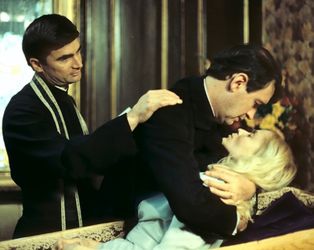 Also known under the English titles of The Green Room and, rather bizarrely, The Vanishing Fiancée, this is one of Truffaut’s most underappreciated and rarely screened films, perhaps due to its utter commercial failure on release. While Truffaut’s films were often autobiographical, the personal nature of La Chambre Verte was made even more explicit by his performance in the lead role, that of Julien Davenne, widower and veteran of the first World War, who is haunted by the dead, and so committed to honouring their memory that he misses the attentions of Cécilia (Nathalie Baye) in this subtle, profound, and beautiful film.