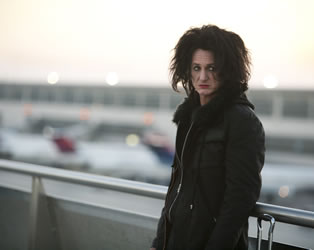 Cheyenne, a wealthy former rock star now living in listless retirement in Dublin, embarks on a quest to find his father’s persecutor, a Nazi war criminal hiding out in the US. Estranged from his father for over 30 years, Cheyenne learns just before his father’s death the true extent of his humiliation in Auschwitz at the hands of a former SS officer, Aloise Lange. And so begins a life-altering journey across the heartland of America to track down and confront his father’s nemesis. Cheyenne feels his spirit reawakened by the people he encounters, and his journey becomes one of self-discovery and reconciliation. As his date with destiny approaches and he prepares to come face to face with Lange, Cheyenne must decide if it’s redemption he’s seeking – or revenge.