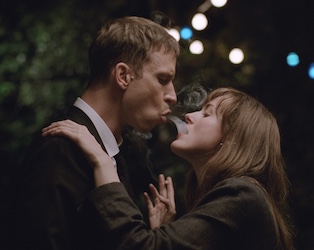 Julie is nearly thirty, and her life has become a chaotic, unpredictable mess of squandered talent and indecisiveness. Her older boyfriend, Aksel (Anders Danielsen) – the successful author of a series of politically-incorrect graphic novels – has designs on settling down and starting a family, but Julie is still searching to find her direction. One night, she gate-crashes a wedding party and meets Eivind (Herbert Nordrum). Before long, she has impulsively broken up with Aksel and thrown herself into yet another new relationship, hoping for a new perspective. As much a formally playful character study as it is a poignant and perceptive observation of pre-middle-aged anxiety, Joachim Trier’s irresistible film boasts a dazzling, star-making performance Renate Reinsve, who was a deserving winner of the Best Actress award at Cannes.