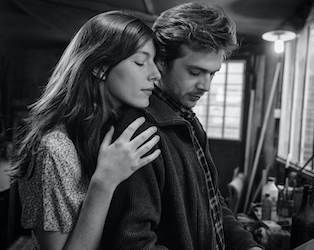 Luc (Logann Antuofermo) is a young, serial lover: first Djemila (Oulaya Amamra), then Geneviève (Louise Chevillotte), and then Betsy (Souheila Yacoub). In parallel, he is seeking his vocation in life and coming to terms with his relationship with his father (André Wilms).

Veteran filmmaker Philippe Garrel, whose films are regularly screened at the IFI French Film Festival, is back with the latest instalment in a cycle of films which began in 2013. Working with regular collaborators – screenwriters Jean-Claude Carrière and Arlette Langmann, cinematographer Renato Berta, and composer Jean-Louis Aubert – this pared-back cinema, using a minimum of resources, reminds us very much of the cinema of Maurice Pialat and Jean Eustace. A cinema which is emotional and instinctive.