Damien (Damien Bonnard) is a successful artist and painter who is married to Leïla (Leïla Bekhti), a furniture restorer. They share an unconventional, bohemian existence with their young son, Amine, who adores the zany antics of his impulsive father. The truth, however, is that Damien is bipolar, and Leïla has come to recognise his erratic behaviour as the beginnings of a manic episode, which in severe instances leads to the psychiatric unit, followed by a subdued return home, courses of lithium, and an attempt to get back to normal, until the cycle repeats itself. Joachim Lafosse’s film explores the impact of mental illness on even the strongest of marriages. DOM

Director’s note: The limits of trust and love, a recurrent theme in Lafosse’s cinema, are explored again here through this revealing profile of mental illness. 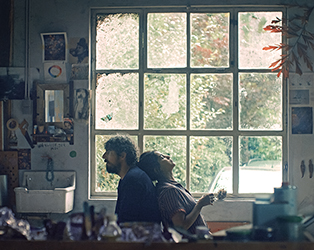