The Queen of Ireland

Panti Bliss – AKA Rory O’Neill – is many things: Ireland’s premiere drag queen, successful businesswoman and, most recently, an accidental activist and campaigner on the world stage championing LGBT rights. Described by long-time co-conspirator Niall Sweeney as a “glamorous aunt mixed with Jessica Rabbit”, Panti is, in her own words, “the court jester whose role is to say the unsayable.”

Telling Panti’s breathless backstory from small-town Ballinrobe to 2014’s Noble Call on the Abbey stage and the May 2015 marriage referendum victory, director Conor Horgan (100 Mornings) underpins his narrative with a focus on Ireland’s own awakening, and the gay community’s coming of age in the ‘80s, with cogent contributions from David Norris and Mark O’Halloran, amongst others. Emotive and uplifting, The Queen of Ireland imparts an infectious sense of hope and national pride. 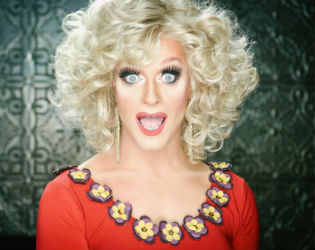