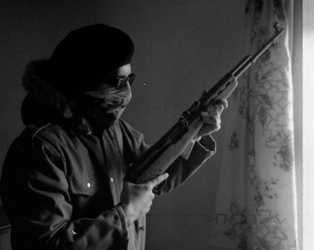 When the British Foreign Office warned its embassies that The Patriot Game, a new documentary about the Northern Ireland conflict, was “damaging and highly critical of Her Majesty’s Government”, director Arthur MacCaig welcomed it as “the best review I ever had”.

MacCaig, a leftist Irish-American, perceived a stark disparity between the tribal, religious conflict he saw depicted in the media, and what he experienced on the ground as a struggle between “the colonizer and the colonized”. The Patriot Game is a searingly intense history of the conflict rooted in an unapologetically Republican, socialist point of view, distinguished by MacCaig’s rare insider access to the Provisional IRA.