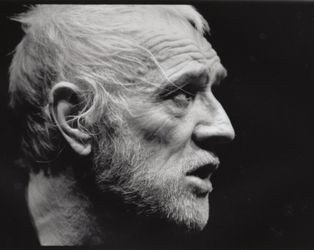 In a career spanning five decades, a broad range of film genres and a glittering array of best actor awards, Limerick-born Richard Harris (1930 – 2002) brought an electric presence to both stage and screen. He was nominated for Oscars twice (for This Sporting Life in 1963 and for The Field in 1990); released five chart-topping albums; and wrote and published poetry throughout his life. His last role was as Dumbledore in the Harry Potter films.

In this new feature documentary, Harris takes centre stage through 15 years of audio interviews with journalist Joe Jackson, through unseen family footage and through interviews with Vanessa Redgrave, Russell Crowe, Stephen Rea and others.  His sons Damian, Jared and Jamie explore the work and character of their father to reveal a complex, reflective individual quite unlike the public hellraiser so beloved of the media.