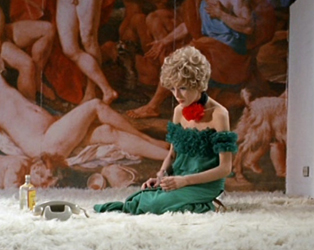 A new wave in cinema, as explored through our Czech season, suggests the emergence of innovative ideas, or a desire to align film with political or social movements. Spurred on by the Nouvelle Vague, a group of German filmmakers signed the Oberhausen Manifesto in 1962, declaring old cinema dead. Among them, Rainer Werner Fassbinder went on to direct forty films, in which he explored themes of prejudice in society through race, sexuality and class.

In this film, he uses Sirk-style melodrama to depict the lonely and obsessive state of fashion designer Petra and the model with whom she falls in love.

Writer and director Paul Duane will present the film, arguing that Fassbinder, despite the controversies that he engendered, produced canonical work.