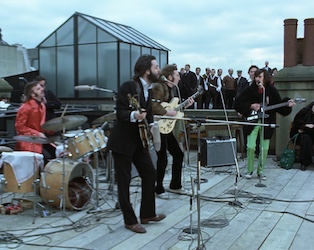 This is an exclusive opportunity to see The Beatles’s unforgettable final concert on the rooftop of Apple Corps’s Savile Row headquarters on January 30th 1969 on the big screen. Featuring opening scenes from Episode 1 of Peter Jackson’s docuseries – an overview of The Beatles’s career from 1956 up until the rooftop concert in 1969. The entire rooftop concert, as featured in Episode 3, will be screened, followed by footage of The Beatles listening to some of their own recordings. The film wraps up with 8 minutes of credits, as seen in Episode 3, with additional footage of recording sessions for Get Back.