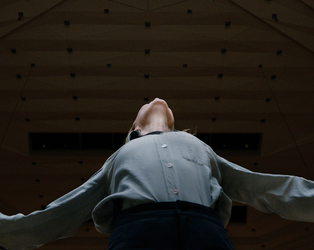 Lydia Tár (Cate Blanchett) is the world-renowned conductor of the Berlin Philharmonic, a woman at the top of her rarefied field with a seemingly endless list of accomplishments and awards to her name. At home, she raises a daughter with wife Sharon (Nina Hoss); at work, personal assistant Francesca (Noémie Merlant) serves the Maestra’s every need. However, as details of Lydia’s private behaviour become public, her meticulously cultivated lifestyle is threatened. Todd Field’s film, his first since 2006’s Little Children, creates a complex character study of an individual isolated and corrupted by singular talent and its attendant trappings of power and fame. Borrowing from classical music for its careful construction, sequences of bravura filmmaking and a lead performance that even by Blanchett’s standards is nothing short of remarkable make Tár a powerful and thought-provoking film whose ambiguities will reward repeat viewing.

There will be an Open Captioned screenings at 13.10 on Thursday 26th.