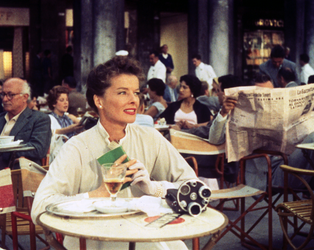 Also known as Summertime, Hepburn’s collaboration with David Lean would be described by the great director in later years as his favourite. Hepburn plays Jane Hudson, a secretary from middle-America fulfilling her lifelong dream of visiting Venice. With her loneliness accentuated in the presence of so much romance, Jane is susceptible to the advances of local antiquarian Renato (Rossano Brazzi), but a shadow is cast over the relationship by the discovery that she is merely his paramour. The film proved a showcase for Hepburn’s talent, here portraying a woman of vulnerability and insecurity rather than the vibrant, fast-talking characters that had become her stock in trade.