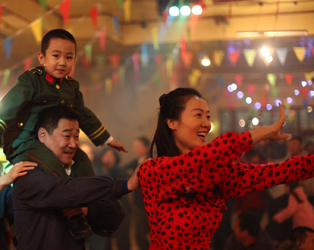 This film was released on 6th December 2019 and is no longer screening.

A complex family drama spanning more than four decades of Chinese history, So Long, My Son explores the cultural and psychological repercussions of the country’s national one-child policy for two young couples, one of whom is devastated by the loss of their 12-year-old son in a swimming accident at the outset of the film.

Novelistic in scope, the film shuffles the chronology of events, fluidly moving from the Cultural Revolution to the capitalist present in a manner which repeatedly confounds what we think we know about these characters.

The startling twists and revelations continue into the deeply moving last act, when the two families, now much older and living in a progressive China far removed from the oppressive country of their youth, meet again to reflect upon their shared histories.