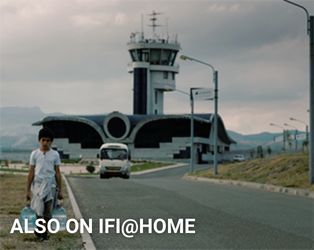 Frenchman Alain (Grégoire Colin), an international auditor, has come to assess the airport in landlocked Nagorno Karabakh, a self-proclaimed republic in the Caucasus, with a view to approving its reopening. The ability to travel, notes the airport director, will not only bring convenience, but also force the international community to acknowledge the country’s existence. Edgar (Hayk Bakhryan), a charming local lad, wanders around the airport, stealing water from the empty bathrooms to sell to needy locals. The two characters soon cross paths. Nora Martirosyan’s film allows the viewer to discover this territory, which has its own capital, president, and constitution, despite not being recognised at a geopolitical level. DOM

Director’s note: Martirosyan’s accomplished polyphonic fictional début is a subtle, poetic visual composition, with the airport itself used as a symbol for hope.