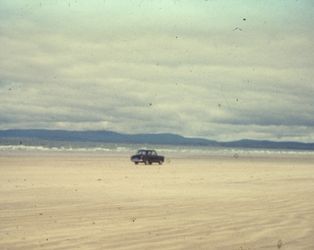 Saturn and Beyond traces the history of transcontinental communication and broadcasting. The film considers how the development of telecommunications and air travel led to the exploration of the solar system, and humankind’s desire to send signals to the further regions of the known universe. Most specifically it looks at our relationship with the planet Saturn, the furthest planet in the solar system visible to the human eye. Lastly, the film considers the decline of the human mind and the recent exponential growth of Alzheimer’s disease and dementias. Dementia-related deaths have more than doubled between 2000 and 2016, and it is anticipated to overtake cancer as the leading cause of health-related human deaths within the coming decade. Filmed in 35mm and 16mm film, Saturn and Beyond also includes video footage, DIA slide film, and analogue photography, its very materials chronicling the development and recurring obsolescence of new imaging technology.

Following the screening, director Declan Clarke will be joined in conversation by author Emilie Pine.