Clémence Collombet (Isabelle Huppert), the fearless mayor of a deprived town on the outskirts of Paris, is completing the final term of her political career. With faithful right-hand man Yazid (Reda Kateb) by her side, Clémence has been a champion of an area beset by inequality, unemployment, and slumlords. However, when Clémence is offered the chance to become a Minister for the Government, and to ‘leave a mark on the history of France’, it awakens her long-repressed ambition, causing her to lose sight of her ideals, her commitments, and threatening her achievements in the community. Will her political integrity and election promises survive her newly found career aspirations? DOM 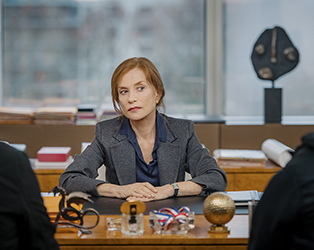