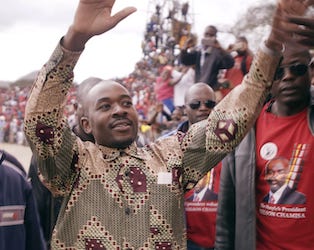 2018; Zimbabwe is at a crossroads. In the first election since the removal of Robert Mugabe, the new leader of the opposition party, Nelson Chamisa, is challenging the dictator’s corrupt legacy, and his successor, Emmerson ‘the crocodile’ Mnangagwa. The election will be the ultimate test for both sides. How they interpret the principals of democracy, if they can inspire trust among the citizenry, not succumb to violence, and foster faith in institutions, will set the course for the future of the country. Filmed in an observational, verité style, Camilla Nielsson’s riveting President is a reminder that, while the specifics may differ, the fight for democracy is universal.