In his first original screenplay, Robert Bresson, the French master who was the subject of an IFI retrospective in 2019, depicts the life of Michel (Martin LaSalle), who, on realising the pleasure he derives from his initially clumsy acts of stealing, falls in with a group of more experienced petty thieves. He quickly acquires the skills necessary to provide a regular stream of illicit income, despite his obvious abilities to source a livelihood through more legitimate means. Beset by pressures including an ailing mother he refuses to visit and a police inspector determined to punish him for his crimes, Michel is a character conflicted between his determination to live outside societal laws and morality and his desire to assimilate these very values and integrate into the broader community, viewed through Bresson’s typically empathetic lens in this genuine masterpiece of French cinema. 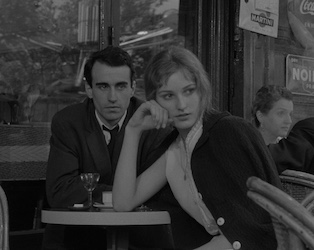