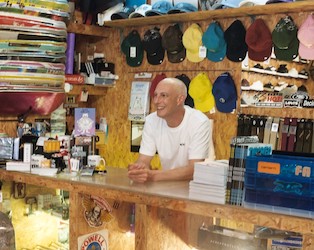 The screening will be followed by a Q&A with Rohum Dilley and Philip Halton (Goblin Skate Magazine).

Open All Hours is an in-depth look at the significant role skateboard shops play within skateboarding culture. With many shops under threat from online commerce, the film considers the present and precarious future of independent skateboarding stores in Ireland and the UK.  For many skateboarders, their identity is tied up with membership of a particular store’s tribe; the loss of a store can trigger the disintegration of a community.

Presented by Dublin’s ‘Goblin Skate Magazine’ and featuring Irish skate shop Highrollers and UK shops Focus, Cardiff Skateboard Club, Lost Art Skate Shop and Flatspot, director Rohum Dilley (Rolling) captures the passion and commitment of the people behind the counter and their respect and affection for their customers.