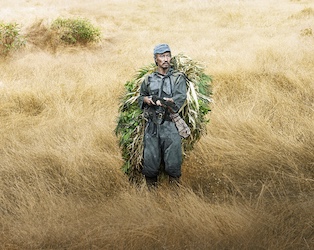 Chosen to open Cannes’s Un Certain Regard strand in 2021, Arthur Harari’s film recounts the true story of Hiroo Onoda, a Japanese soldier in World War II who spent 29 years hiding in the mountains and jungles of the Philippines, believing that the war was still ongoing. In late 1944, Onoda, seeking redemption for what he perceives to be his cowardice, is selected to lead a platoon into the jungle against the Americans. Although his command shrinks over time, Onoda remains committed to serving his Emperor, waiting for reinforcements whose arrival he refuses to doubt. Over the film’s running time, the viewer is immersed in the world Onoda and his men create for themselves, led by fine performances in the central role by the young Yûya Endô and the older Kanji Tsuda, leading to a moving conclusion.