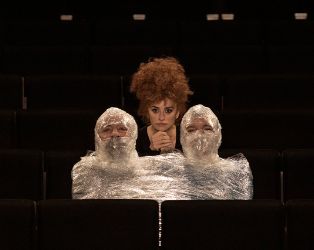 The vanities and insecurities of the European filmmaking elite are mercilessly lampooned in Gastón Duprat and Mariano Cohn’s hilarious satire, a hit at last year’s Venice Film Festival where, of course, it played in the official competition. A billionaire entrepreneur is celebrating his 80th birthday in morose fashion. Wishing to engineer a lasting cultural legacy, he snaps up the rights to the latest Nobel Prize-winning novel, without having read it, and commissions renowned director Lola Cuevas (Penélope Cruz), to mastermind his ambitious endeavour. She insists on hiring two actors with massive talent and even bigger egos: heartthrob Félix Rivero (Antonio Banderas) and radical theatre performer Iván Torres (Oscar Martínez). Through a series of increasingly eccentric trials devised by Lola, Félix and Iván must confront not only each other, but also their legacies.