Alexei Navalny, Russian opposition leader and anti-corruption activist, has infuriated the Kremlin so much over his career that the country’s president notoriously refuses to say his name. Navalny has paid a high price for his work, facing dubious criminal charges for which he received equally dubious convictions before being hospitalised in 2020 after exposure to a Novichok nerve agent. At present, he is languishing in a Russian prison, recognised by Amnesty International as a prisoner of conscience. Daniel Roher’s extraordinary documentary is a portrait of Navalny following his poisoning, featuring some truly astonishing footage as he puts together the case for state involvement in his attempted murder, something which the Russian government continues to deny. With frequent flashes of surprising humour displayed in difficult circumstances, this is an absorbing, timely, and valuable document of one man’s courageous stand against authoritarianism. 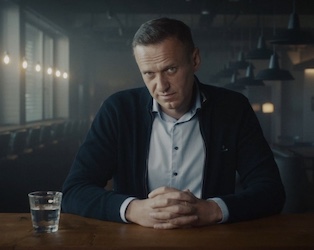