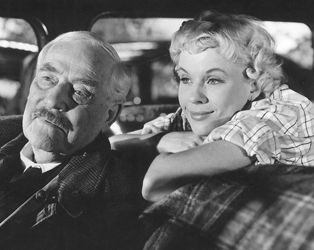 Professor Isak Borg (veteran actor/director Victor Sjöström) travels from Stockholm to Lund to accept an honorary degree. On the journey he is haunted by powerful memories of his youth, and ominous and disquieting visions, which compel the professor to re-evaluate his life, his relationships, and make peace with the inevitability of his impending death. Wild Strawberries, which Bergman wrote from a hospital bed during a period of heightened creative productivity, is filled with the director’s customary blend of visual poetry and stark psychological insight; a poignant, elegiac masterpiece, the film is, despite its subject, one of Bergman’s most humane and accessible works.