After fifty years in the business, David Raven still performs as Maisie Trollette, making him Britain’s oldest drag performer. David will soon celebrate his 85th and plans for a special birthday performance are under way. But as his birthday grows nearer, his anxieties grow, and professional rivalries flare up. David must contend with the unique challenges that old age brings. He has recently been diagnosed with Alzheimer’s, but ever the professional, Maisie plans to give the performance of a lifetime as she looks back on a half century of entertaining. Featuring classics such as ‘Lady is a Tramp’, and ‘If I Never Sing another Song’, Maisie was awarded Best Documentary at this year’s Virgin Media Dublin Film Festival by the Dublin Film Critics’ Circle. 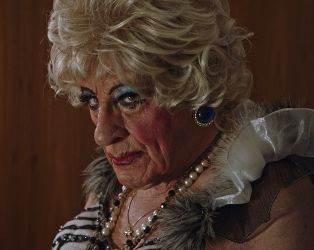