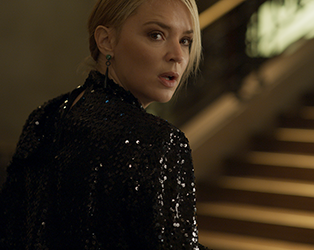 Judith (Virginie Efira) is leading a double life. In France, she is married to the renowned orchestra conductor Melvil (Bruno Salomone), with whom she has two sons. Claiming to travel extensively for her work as an interpreter, Judith is absent from home for long periods. In fact, she is staying with her second family in Switzerland, where she goes by the name of Margot Soriano and lives with Abdel (Quim Gutierrez). Outwardly, Judith gives the impression of being in control, shifting from her privileged existence in France to a humbler domesticity in Switzerland, yet her complex, strictly timetabled life of deception is impossible to sustain in this cleverly structured psychological thriller. DOM

The November 21st screening will be followed by a Q&A with the film’s director, IFI Festival Guest Antoine Barraud, hosted by producer Rebecca O’Flanagan.