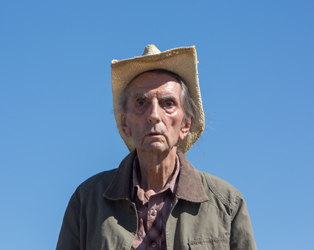 This film was released 14th September 2018, and is no longer screening.

A prickly individual with a low tolerance for inanity, Lucky adheres to a strict daily routine that balances precious time alone spent watching selected gameshows with social interactions in his local diner and bar. However, a fall forces Lucky to consider his life and mortality. The pleasure of the film lies in its observation of small moments, from a remarkable scene with Tom Skerritt in which the two reminisce about their wartime experiences, to a truly joyous scene where Lucky breaks into song at a child’s birthday party.

Even with numerous notable cameos (including director David Lynch), the film belongs to Harry Dean Stanton, and is a fond and fitting farewell to a much-loved actor.