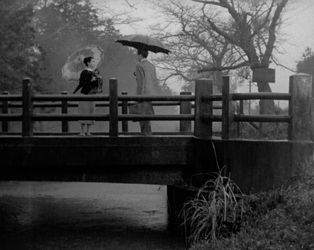 Released a year after the American occupation of Japan ended, Tanaka’s directorial debut explores the professional and personal conflicts of Reikichi (Masayuki Mori), a repatriated veteran who searches for his lost love (Yoshiko Kuga) while translating romantic letters from Japanese women to American GIs. As adapted from a novel by Fumio Niwa, Love Letter depicts with incisive complexity the fraught adaptation of Japanese soldiers to a changed society as well as the moral condemnation of Japanese women who entered into relations with the enemy.