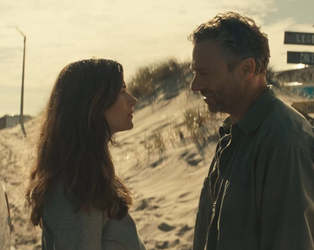 With shades of Ruben Östlund filtered through a biting humour entirely its own, the new film from Anna Kazejak, whose The Word (2014) opened a previous edition of Kinopolis, sees tense, underappreciated Maja (Agnieszka Grochowska, excellent) and borderline oblivious husband Hubert (Maciej Stuhr) bring their children on the holiday they take with old friend Dawid (Grzegorz Damięcki). Dawid is accompanied by his own child from a recently ended marriage, and new girlfriend Nina (Jasmina Polak). An incident involving the children leads to the exposure of fault lines in various relationships and between the sexes in this caustic and insightful black comedy.