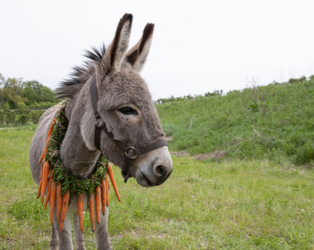 Taking as its inspiration Robert Bressons’s Au Hasard Balthazar (1966), the latest film from Jerzy Skolimowski, one of the titans of Polish cinema, follows the trials and tribulations of a donkey as it moves from owner to owner, subject to the whims and vagaries of human behaviour, all of which the beast endures with a dignified stoicism. Under Skolimowski’s artful direction, the donkey’s passage offers space for commentary and reflection on a range of social and environmental issues. Brave and unusual, with an unexpected appearance from an actress very well known to IFI audiences, Eo is a distinctive and thought-provoking film.