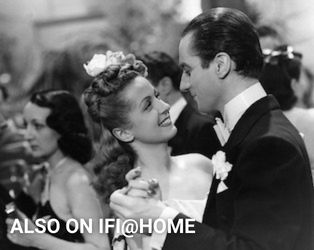 Young runaway orphan Arlette (Danielle Darrieux) shows up in Paris at Monsieur Aristide’s (Saturnin Fabre) renowned professional school for pickpockets, and later becomes the centre of a sentimental plot. Henri Decoin, one of the most prolific French directors of the period 1930-1960 was Danielle Darrieux’s first husband, and together they made many films from drama to poetic realism to romantic comedy. Whimsical and charming, Beating Heart is one of the jewels of the Darrieux-Decoin partnership. Darrieux, a mere 22-year-old, is dazzling, buoyant and witty. Released in 1940 during the occupation, the film was a box office smash, and even saw a remake in Hollywood in 1946 as Heartbeat with Ginger Rogers. MPR

Listen to the IFI Podcast on this year’s Danielle Darrieux retrospective here.