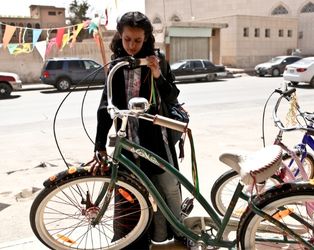 10-year-old Wadjda dreams of owning her own bicycle to race against her friend Abdullah. Living on the outskirts of Riyadh, her world is conservative but she finds ways around it as much as she can.

When her mother refuses a bicycle, saying that cycling is not suitable for a girl, Wadjda sees an opportunity to earn her own money in the school Quran recitation contest which has a cash prize. Determined to succeed, she sets about the rote learning with ambition.